Born and raised near Sydney, Australia, Howard first set foot in Africa at the age of 17, on a family safari. He was immediately smitten with the wildlife, landscapes and people, and after finishing university he returned to Kenya to become a professional guide. Howard has been guiding since 1994, originally leading adventurous trips that circumnavigated Lake Victoria through Kenya, Tanzania, Rwanda, Uganda and the Congo. He has been a partner at The Original Ker & Downey Safaris since 2001.

While he thoroughly enjoys “just being out in the bush”, Howard also takes particular interest in the behaviour and ecology of large carnivores, reptiles, insects, and the great apes. He is exceptionally knowledgeable about these animals, as well as the Amboseli and Mara-Serengeti ecosystems. Howard has spent a considerable amount of time in the field with biologists, and enjoys helping children explore and learn while on safari – immersed in the natural world, which he considers the ultimate classroom.

Howard is also deeply involved with conservation efforts in Kenya’s remaining wildlife areas. He is a founder and member of the Board of Trustees of the Kenya Wildlife Trust, and works with a number of organisations in both Amboseli and the Maasai Mara to conserve wildlife and empower local communities. Howard lives on the northern edge of the Mara with Stephanie, a wildlife biologist and writer, and their two young children. He is an avid rugby player and fan, and when he isn’t on safari he enjoys traveling to wilderness areas and historical sites around the world – from dogsledding in Arctic Sweden to sailing across the Indonesian archipelago. He is also a Founding Fellow of The Shackleton & Selous Society, a network of the world’s leading professional guides, and connects his guests to people who can offer unparalleled journeys to special places around the globe. 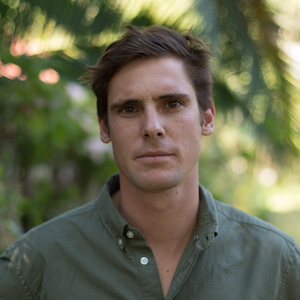